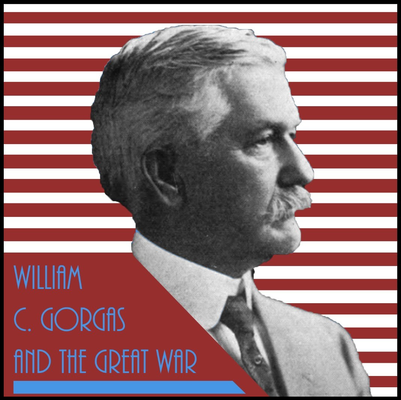 Open from February 27 to April 28, 2018, this exhibit included original World War I uniforms and war paraphernalia, including Gorgas’ gas mask, canteen and other items. The exhibit highlighted the contributions that Gorgas made in sanitation for the modern armed forces as well as his importance and role inspiring other Alabamians to serve their country.

William Crawford Gorgas was the eldest son of UA’s eighth president, Josiah Gorgas, and Amelia Gorgas, UA’s librarian, postmistress and nurse matron. William was offered the presidency of the university in 1911. Although he would have loved being able to return to his home state, William declined to continue working in sanitation and medicine.

“Many people have forgotten the sacrifices and horrors of the First World War, and it is often overshadowed by World War II,” Joffray said. “I hope people will take away an appreciation for not only what Americans accomplished in the war, but also what Alabamians achieved. I hope people will have a better understanding of what happened during the war here at home and how Alabamians contributed to the war effort.”