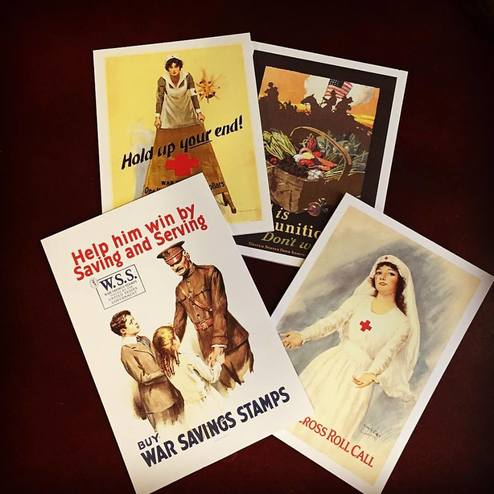 Undergraduate Matt Culver collaborated with a group of students working on two World War I exhibits on campus in remembrance of the war’s centennial. Titled “Lafayette, We Are Here!  America Enters the First World War,” the exhibit, on display at the Transportation Museum August 1 – December 31, 2017, focused specifically on students and Alabamians in the War, “their stories and their sacrifices.”

Culver explains that the name for the exhibit came from U.S. propaganda portraying the war as “repaying our debts to France from the Revolutionary War, particularly our debts to Marquis de Lafayette.” The line came from a speech at Lafayette’s grave given by Gen. Pershing’s aide, Charles Stanton, “and that just became a battle cry.” Read more about this exhibit on the history department’s website.